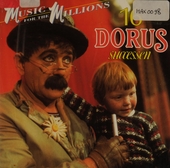 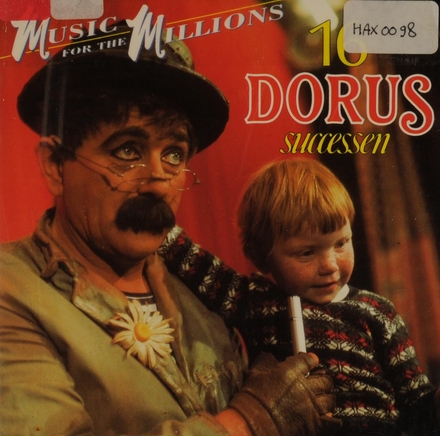 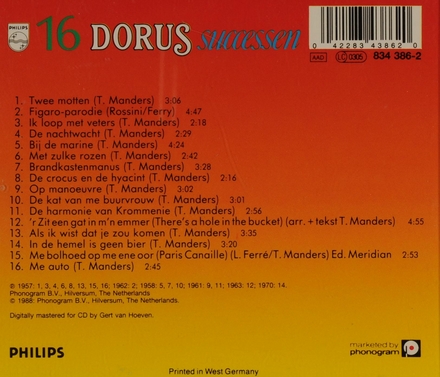 In Greek mythology, Dorus (Ancient Greek: Δῶρος probably derived from doron "gift") was the eponymous founder of the Dorians and son of Hellen and Orseïs.

Each of Hellen's sons founded a primary tribe of Greece: Aeolus the Aeolians, Dorus the Dorians and Xuthus the Achaeans (from Xuthus's son Achaeus) and Ionians (from Xuthus's adopted son Ion, in truth a son of the god Apollo), aside from his sister Pandora's sons with Zeus. In the account of Hellanicus, Xenopatra was additionally counted as one of the children of Hellen and Orseis and thus, technically the sister of Dorus.

According to Clement, he was the son of Protogenia and Zeus and thus brother of Aethlius. Dorus was the father of Tectamus and Aegimius.

In the Bibliotheke, "Dorus received the country over against Peloponnese and called the settlers Dorians after himself…Read more on Wikipedia

Work of Dorus in the library 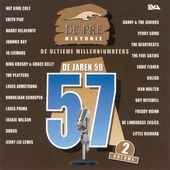 Greatest hits of the millennium : 1950's